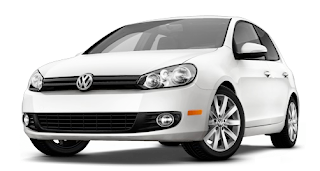 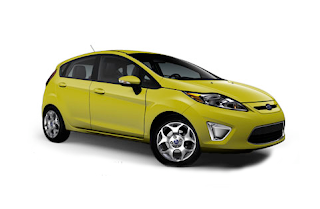 So today I was driving around, aimlessly crunching numbers in my head as I so often do on a Thursday.

And an odd set of figures jumped into my head. If Europeans can get 63 Miles per Gallon in their cars using diesel, then why are we stuck with gasoline powered cars that only get 30 miles per gallon?

I mean its practically part of our Bill of Rights as Americans to get twice as much for half the price, right? How can we, as good upstanding citizens, pass up a 2 for 1 deal?

When I got home, I jumped on the Internet to fact check some of these numbers.

First of all, 63 mpg is actually Imperial Miles per Gallon, and not the same MPG that we use here in the US. In Us gallons, that works out to about 52 mpg

Now this is where it gets interesting. The make and model of the car plays a huge factor in the mpg rating. For example, the new US Ford Fiesta with Super Fuel Economy package gets 40 mpg. The new engine technology is amazing, and it boosts fuel economy to an industry leading 40 mpg among sub compacts.

It's hard to make an apple to apples comparison, but lets take a look at the VW Golf. The diesel version starts at $23,000. The base level Golf starts at $17,000. Which works out to about a $6,000 premium for the diesel engine. I've talked to several engineers and they all tell me that adding a diesel engine to a car is a $5,000 upgrade. That's pretty close to our real world scenario with VW.

Now if Ford was to offer the same Diesel that I looked up on this Fiesta in the UK, and we guesstimate that it would add $5000 to the price, the questions is: Does Diesel make sense?

Let's run the numbers
A US model Fiesta with the SFE package starts at about $17,000. If we presume that a Diesel model adds $5,000, that would make the vehicle $22,000. A thousand less than the VW Golf TDi. So why isn't Ford offering it?

According to the Federal Highway Association, the average person drives 15,000 miles per year. The Fiesta has a fuel capacity of 12 gallons, and can go 480 miles on one tank. That means 32 tanks of gas per year. Gas is about $3 per gallon, so that would run you $1,152 in fuel costs per year.

Now, if you go with the hypothetical diesel, you would get 52 mpg and could go 624 miles on one tank. That works out to 24 fill ups for the year, which at $3/gal for diesel means $864 per year in fuel costs.

Hmmm it's starting to look bad for Diesel. That's only $288 a year in savings. If the diesel model costs $5000 more, it would take you 17 years before you were saving money.

Even if you drive twice as much as the average at 30,000 miles per year, it will still take 8 years to break even.

To make matters worse, that diesel has 89 horsepower. No wonder Jeremy Clarkson called it a dirty word. So I don't know about you, but I'd rather keep the five grand and have 30 more horsepower!

For all the hoopla that surrounds diesels, it just doesn't add up for the US market. I don't hate diesel, I just don't think it's the right technology for this size car. Diesel has proven itself in the commercial truck market, but until the engineers figure out how to deliver higher MPG at comparable cost to gas, I'm sticking with what's proven in small cars. If you think I'm wrong, or maybe I missed something in my calculations, let me know in the comments below.

Here's some articles from around the web on the subject:
The 65 mpg Ford the U.S. Can't Have
Ford’s ECOnetic Fiesta Gets 65 MPG. You Can’t Have One.

Notice the titles? I wonder if people are just reading the headline, and not the full article. Give me a diesel they say. I want 65 mpg, they say. But even the articles don't mention the fact that it is Imperial MPG, not US MPG. They also completely ignore the fact that the legislation is different and the UK assigns a tarriff based on how much C02 is emitted by the vehicle, plus a congestion tax. It's mind boggling, and it makes for a completely different set of rules for the car manufacturers to meet.

So for all of you clamoring for a Diesel, what makes it so attractive?

Auto Show Pics are up